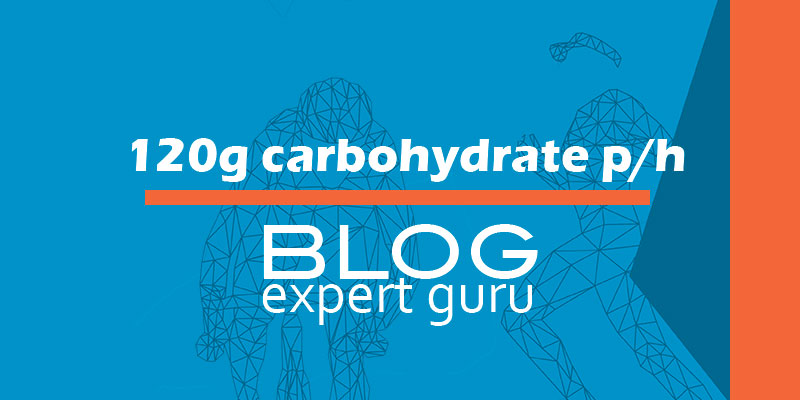 In the last three years we helped a lot of triathletes with their optimal nutrition strategy towards half distance and full distance ironman triathlons. In the spring of 2017 we introduced the NutrID Kerosine (ratio 2:1, ratio 3:2 and ratio 1:1). The three different ratios stand for three different carbohydrate intakes per hour. Ratio 2:1 for 90gram per hour, ratio 3:2 for 100gram per hour and ratio 1:1 for 120g carbohydrate per hour.

Around 2011 science found out that besides the 60g of glucose absorption it is also possible to absorp fructose. The different sugars use different mechanism for absoprtion in the intestines. It was said as 30g of fructose per hour. Added up this means 60g glucose + 30g fructose makes 90g carbohydrate intake per hour. Als known as the ratio 2:1..

With the NutrID Kerosine we went further : there is no limit at the 30g of fructose per hour. Also fructose can be digested at a rate of 60g per hour. Which mens we can have an 120g carbohydrate intake per hour. The thing with fructose is this : not every athlete can handle the higher amounts. There are athletes suffering fructose intolerance. They are forced to get fructose out of there (race) nutrition On the other hand athletes need to train the stomach and intestines towards an event. A lot of intestines problems are caused of not training the gut! You can’t wait with race nutrition untill the day of the race. Race nutrition and especially higher amount of carbohydrate intak per hour need to be trained in the three weeks towards the event.

Research have confirmed what the advantages can be when taking up to 120g of carbohydrate per hour :

This finding does nog mean we ALL need to go to an 120g carbohydrate per hour. But it gives us confirmation that race nutrition during long distance endurance events is open for variation in nutrition strategies. These are really important factors by choosing the right amount of carbohydrate intaker per hour during your event :

Sips or langer amounts of carbohydrate intake
May 23, 2020